Social media has been one of the most popular technological breakthroughs of the 21st century. Since 2004, it has grown steadily in popularity and number of users both. Social media platforms have now become a major source of information and news and provide a unique way to interact with people such as friends, family, customers, and more. 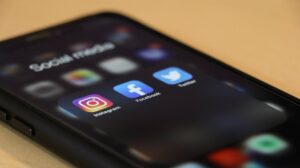 According to statistics, there are over 3.5 billion social media users around the world. A huge percentage of the population in the United States is active on various social media platforms. However, not everyone uses social media as it has been intended, and many people end up making mistakes that cost them their jobs, reputation, and friends.

People going through divorces also make huge errors in judgment while using social media, and their blunders allow their ex to gather evidence that is used to manipulate the courts and get the better end of the deal.

Here are some of the most common social media errors made by people while getting a divorce:

According to social media statistics, the average person spends up to 3 hours on various social media platforms every day. That is a long time, and it can be quite easy to slip up and start talking about the divorce and how the proceedings are going and what strategies you are using to make sure you get a good deal. However, this information can be used by the other party in court. Even if you are sharing information on private groups among trusted friends, there are plenty of ways your ex can get their hands on the conversations and comments. You should take a cue from celebrities and only make bland statements that offer no specific information. 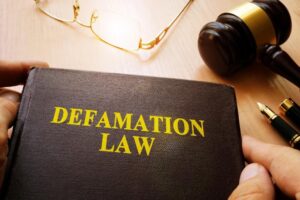 Talking About the Divorce or Disparaging Your Ex

During the divorce, emotions run quite high, and it can be tempting to blow off some steam by disparaging your ex on social media. That is a huge mistake and can be used in court to show your character and build a negative image of you as a toxic person. The information can also be used to file a defamation suit against you. Whatever you have gone through recently, no matter how badly your ex treated, it is best to refrain from commenting about it on social media.

Showing Off or Trying to Prove You’ve Moved On

Many people going through the divorce make bold statements on social media to prove that they have moved on, and they are in a better position than their ex. They make announcements of their good fortune, particularly if they have met someone new or just got a better job.

While its natural to want to share your happiness, statements like these can influence certain issues during the divorce, such as division of assets and child support.

They can also lead to claims of infidelity if you post that you are in a relationship, especially if the divorce hasn’t been finalized yet. It is usually best to err on the side of caution and avoid posting about your personal life on social media until the end of the divorce process.

Don’t get lost in the complex legal labyrinth of divorce laws in New York! The law office of Ledwidge & Associates, P.C., offers the services of leading divorce attorneys in Brooklyn, Manhattan, the Bronx, Queens, and Long Island. They can help you protect your rights and provide both contested and uncontested divorce representation.

Schedule a free phone consultation today by calling us at 718-276-6656 and discuss your case with experienced divorce attorneys in New York!